Continuing PE1’s reputation as a venue for spectacular shows and eye-popping events, the retail park hosted something extra special for families during Recycle Week.

In conjunction with Peterborough Environment City Trust (PECT), visitors could make a splash at the retail park on Saturday 28th and Sunday 29th September. A 50-foot sperm whale was situated in the grounds of the park, inside which families could embark on an aquatic adventure with tales of sea creatures and their battle to survive in an ocean full of rubbish. Landlubbers were treated to some show-stopping performances from the Aquabatics with their series of aquabatic contortions as they cruised the currents. 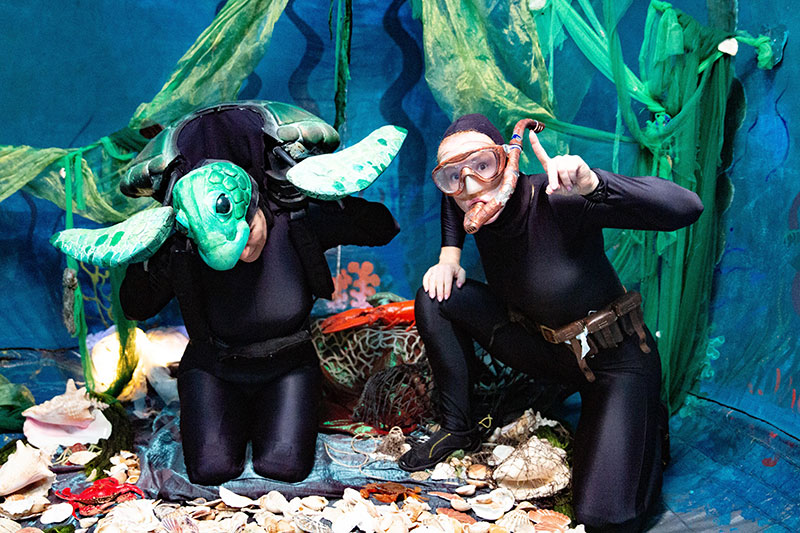 Each show was full to the rafters, with young and old all enjoying the fin-tastic fun. Comments to PE1’s social media pages included:

Donna Whittle: “The team that do these productions are simply fantastic! Can’t wait to see them again in October.”

We all loved visiting today. The whale show was amazing. My daughter has learning disabilities and she couldn’t stop laughing. Lots of fun and educational at the same time. Thank you.

Danielle Carver: “It was absolutely brilliant! Thank you.”

Kel White: “Went to the Whale of a Time show today with my husband and my 15-month-old daughter. She loved climbing into the whale and the tortoise.” 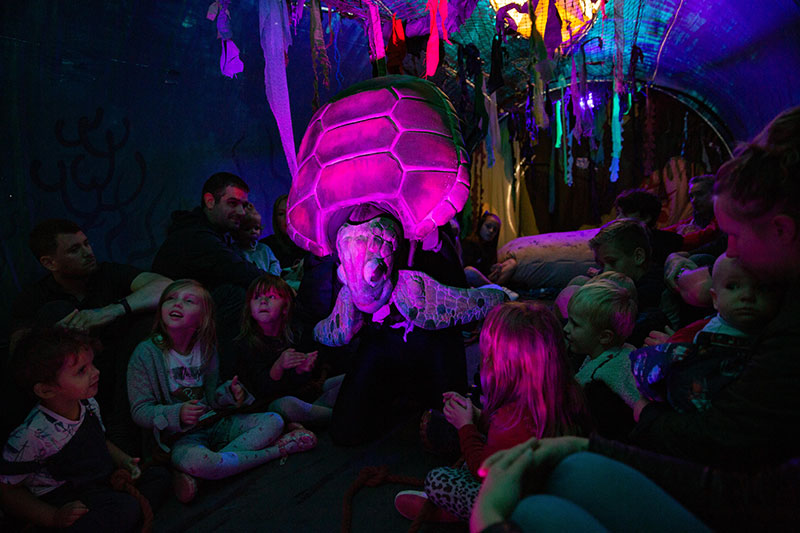 As well as these aqua antics, PECT – together with other exhibitors – promoted various ways to embark on a greener way of living. They encouraged visitors to make Cool Food pledges; helping to lower carbon footprints and waste.

Food accounts for approximately one fifth of our carbon footprint, and by making small changes to our lifestyles, big reductions can help slow down the rate of climate change.

The Cool Food revolution aims to help at least 1,300 households in the UK and France to make a 20% reduction in their carbon emissions over the course of two years – thereby saving 153 tonnes of CO2 emissions. That equates to the amount of carbon necessary to drive to the moon and back!

What’s more, pledging to Cool Food can save money too. Households throw away an average of £585 each year in food waste. By making certain food pledges, with carbon emissions in mind, households could save an average of £450 per year.

Whilst at PE1, PECT encouraged visitors to make Cool Food pledges. The results:

For more information about the Cool Food initiative.

PECT also raised awareness of Project Refill. The Refill campaign aims to reduce plastic waste and single-use plastic bottles by encouraging local venues, businesses and establishments to sign up to the scheme and to offer passers-by the chance to refill reusable water bottles with free tap water.

For more information about Project Refill.

A Wave of Visitors

The Recycle Week event was a huge success, seeing a surge of visitors to the retail park on both days, with over 400 attendees at the whale shows. Several retailers also reported strong performances in sales.

On social media, the activity organically reached over 35,000 people, with an engagement rate of 8%.

For details of future events at PE1.