As coronavirus restrictions are slowly eased, many people are looking to make lifestyle changes – this includes exercising more and altering their diet.

With environmental and ethical discussions taking centre stage over the past year, more people have become curious about vegetarianism. In this week’s tasty blog, we’re exploring the ways in which ditching meat (even for a week) can save animals, your health and the planet we all inhabit!

National Vegetarian Week is organised by The Vegetarian Society – a British charity, established in 1847. It was formed by members of the Bible Christian Church, supporters of the Concordium and readers of the Truth-Tester journal, with the unified goal of teaching everyone how easy it is to enjoy a veggie lifestyle. The organisation flourished as the nation entered the 20th century; even the great Mahatma Gandhi became a Committee member!

The current celebration of meat-free meals began life in 1992 as a single day, but quickly grew to incorporate the full week. Held almost every year, the event is always a massive success; as a result of it, vegetarianism frequently makes national and local headlines. This has had a knock-on effect of attracting hundreds of thousands of people to vegetarianism and joining the organisation which so vigorously promotes it. 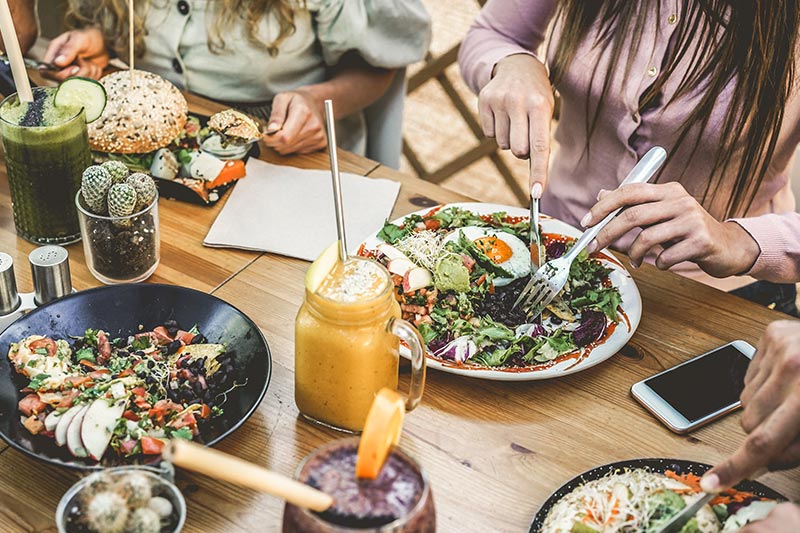 Compassion for animals is one of the main reasons why people become vegetarian. Our farmyard friends are sentient, conscious beings – just like us, they feel everything from joy to grief. While we in the UK have some of the most stringent regulations in the world regarding the treatment of livestock – sadly, many animals die in fear and pain. There is however an alternative; humans can live and be healthy without eating meat.

With activists such as Greta Thunberg gaining international attention, sustainability is becoming a major motivating factor in the rise of 21st Century vegetarianism. Raising animals for food requires large amounts of land, energy and water, the by-products of agriculture also contribute to pollution; thus, vegetarianism is regarded as an environmentally conscious lifestyle choice.

We’re all guilty of over-indulging during lockdown – if you’ve gained a few extra pounds during the pandemic, then it might be time to rejig your diet! Besides the ethical reasons to go veggie, switching to plant-based meals is widely recognised as being nutritionally sufficient and an excellent way to reduce the risk of many chronic illnesses. 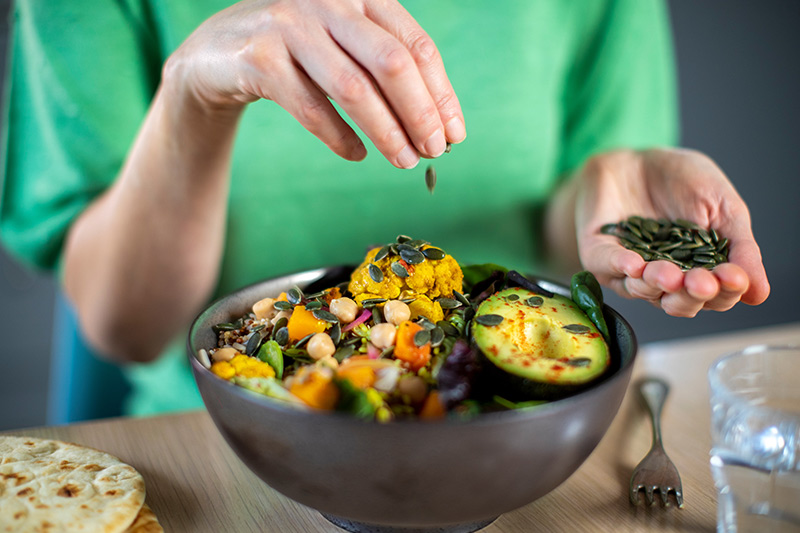 Buy yourself a veggie cookbook from the selection available at The Works in PE1. From Veggie Lean in 15 by Joe Wicks to The Hairy Bikers’ Veggie Feasts, there’s an array of tasty reads to help with inspiration this National Vegetarian Week.

Whether you’re seeking a vegetarian lunch or a vegan cake, be sure to enjoy the plant-based options available at the Van Hage café at PE1. Be sure to show off your meal on social media, using the #NationalVegetarianWeek hashtag!

Find out more about PE1’s stores.