From petrifying promotions to monster deals and gruesome gift ideas to creepy competitions, there was something for all the family during the spookiest season of the year.

The retail park came alive with spooktacular shenanigans due to a series of eerie events hosted at the venue. These included:

Shoppers were invited to find witches and wizards hidden around PE1’s stores, for the chance to win a Halloween Hamper worth £50. Happy hunters simply collected a trail entry form from one of the retail park’s stores and then noted down where they’d spotted each wicked character.

Completed entry forms were submitted to The Works in PE1 before the winner was chosen at random. The winner was George Sillwood, and George’s mum came to collect the hamper just before Halloween. 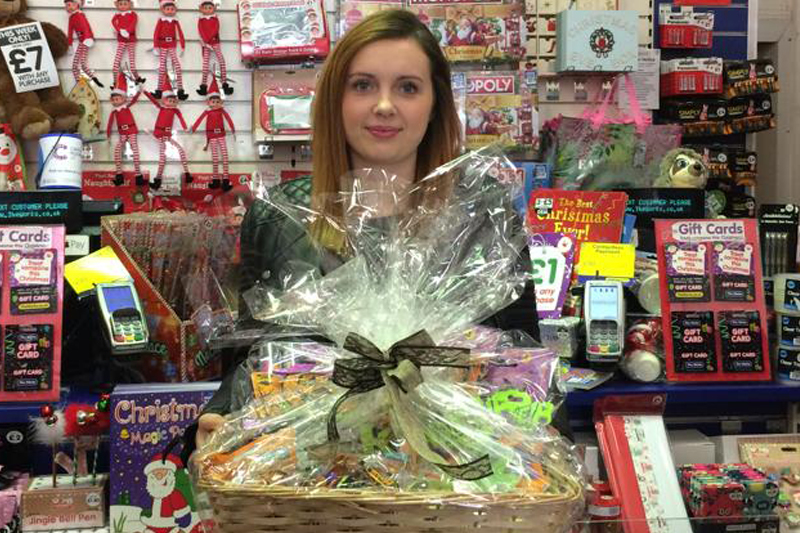 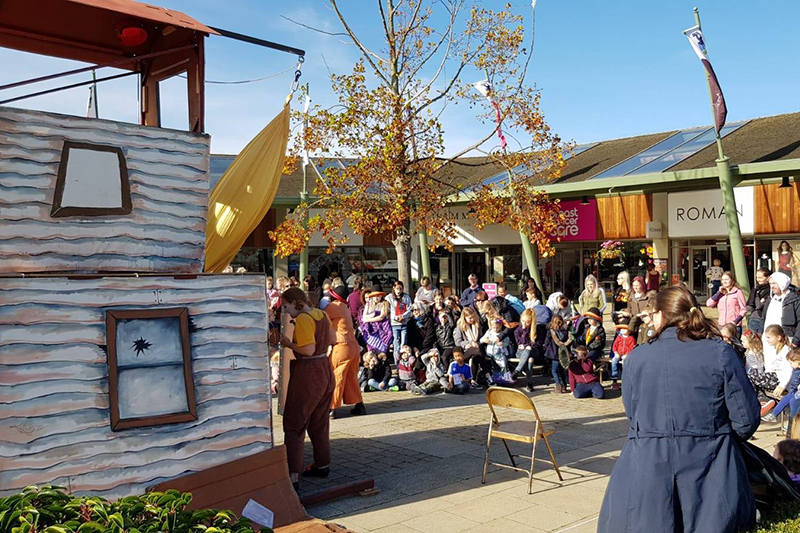 A derelict house appeared in the middle of the park, the windows were shattered and a ‘keep out’ sign covered the front door. A furious bird had taken up residency in the chimney and squawked when anyone came near the house.

Little by little, in a choreographed frenzy of acrobatics, silks trapeze, hat juggling and slap stick, characters appeared around the battered house in an attempt to lure out the bird! A captivated crowd watched on as the drama unfolded. 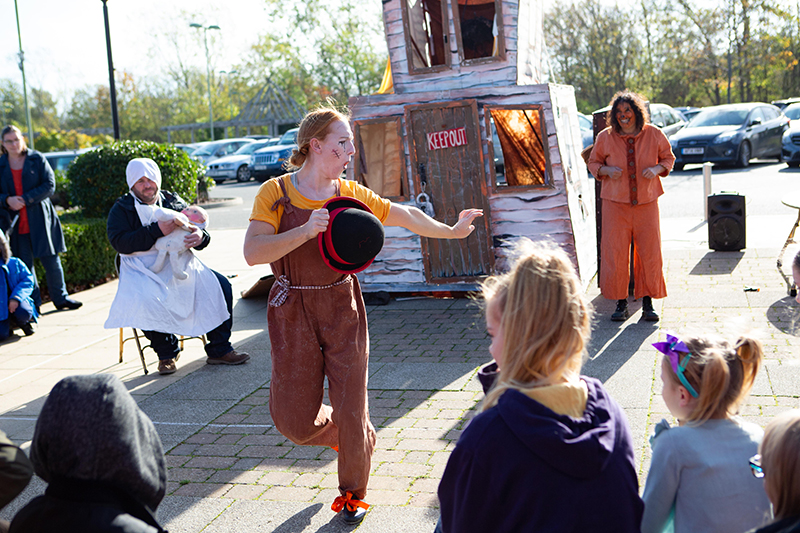 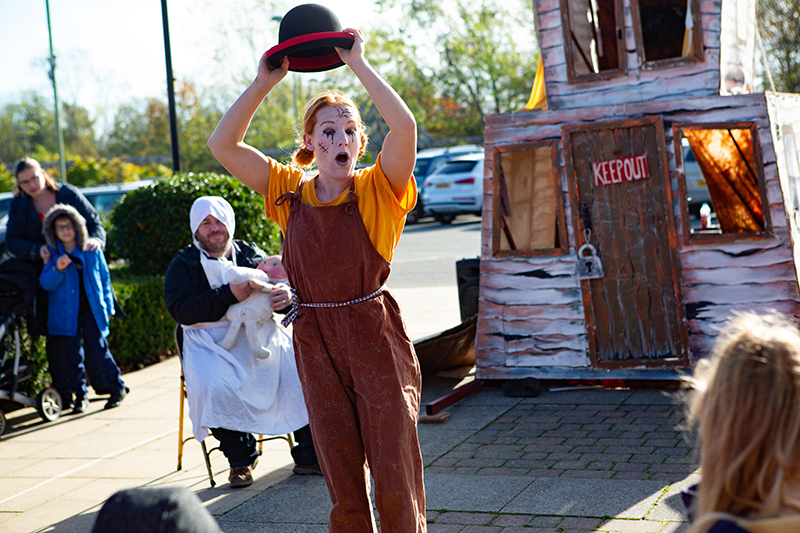 Little terrors had the opportunity to make their own creepy crafts in a series of popular craft workshops in the retail park, with supervision and guidance provided by trained instructors.

Some fang-tastic creations were produced by little ones, demonstrating plenty of terrifying talent! 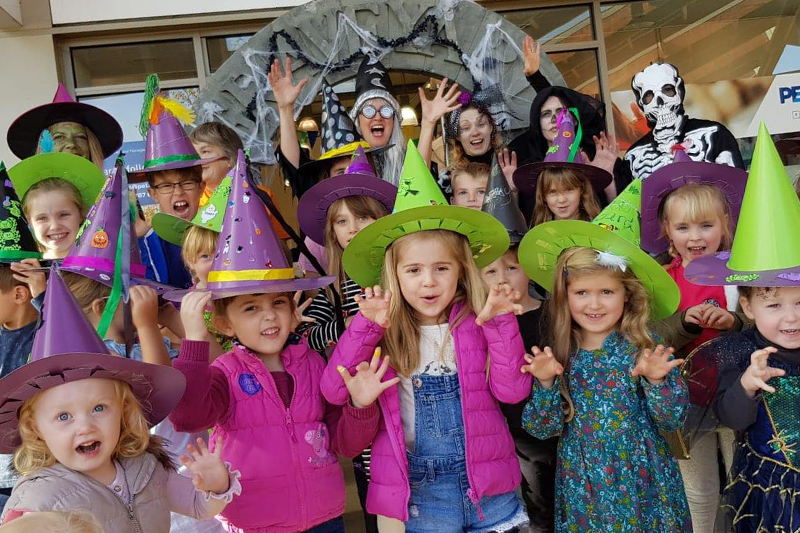 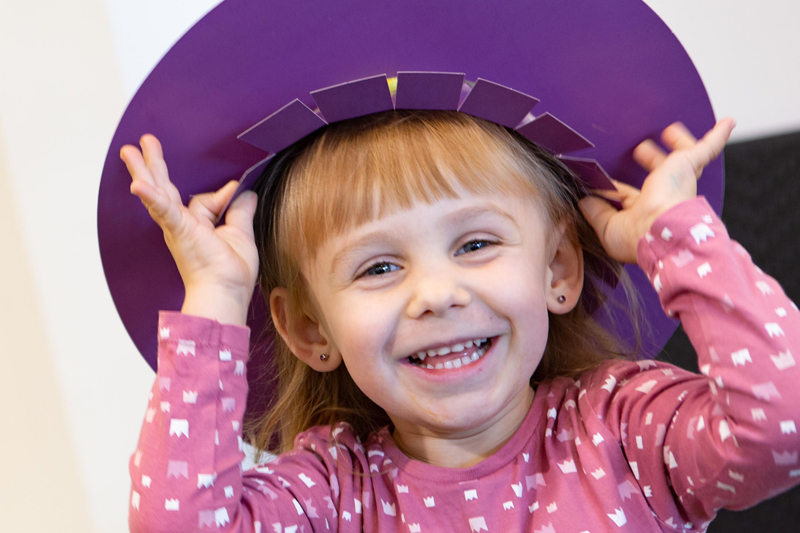 The event saw a significant increase in footfall over the half term period, compared to the previous week and the same period in 2017. There were also high levels of engagement on social media.

Peterborough One Retail Park’s Site Manager, Paul Dunn said: “We’re delighted so many people enjoyed the successful Halloween events and activities at Peterborough One over the half term period. We’re looking forward to hosting more family entertainment over the next couple of months, including our Christmas Lights Switch-On Spectacular, Christmas Parade and Fireworks Show later in November.”

For further information about events at Peterborough One Retail Park click here.