Tomorrow (10 June) we will be welcoming Aldi to Peterborough One. It’s set to be a great day for our park, as we look forward to greeting new customers looking to enjoy the supermarket’s affordable, high-quality food!

With an estimated annual revenue of £60 billion and 10,0 00 locations around the world, Aldi has firmly established itself as one of the world’s premium supermarkets. The sheer scale of the brand makes it all too easy to forget that this grocery giant rose from very humble beginnings.

In this week’s blog, we’re exploring the history of Britain’s favourite supermarket and what their new PE1 store means for our park! 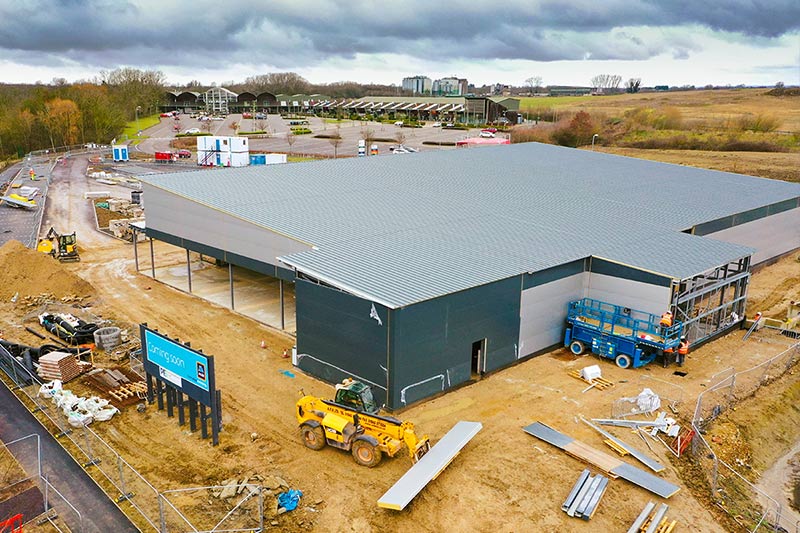 The brand began life seven decades ago, with a tiny shop in a German suburb run by two reclusive brothers. Their knack for thriftiness and eye for quality lay the groundwork for the Aldi of today.

Karl and Theo Albrecht officially founded the grocery chain in 1946. After returning from World War II, the brothers acquired their mother’s small grocery store in Essen, which had survived the allied bombing raids.

In the ruins of postwar Germany, Karl and Theo distributed non-perishable products at low rates, using a no-frills strategy to keep prices low. The brothers also changed the shop’s name to Aldi, which is short for Albrecht Discount; from here, the business continued to grow.

The majority of us who only discovered the grocery chain in the late 2000s will be surprised to learn that Aldi has been in Britain for 31 years! Their first store launched in Stechford, Birmingham, back in April 1990.

Aldi opened their 900th site last October and plan to have 1,200 stores in operation by 2025. This is part of a £1.3billion investment in the UK over the next two years, creating around 4,000 jobs nationwide. 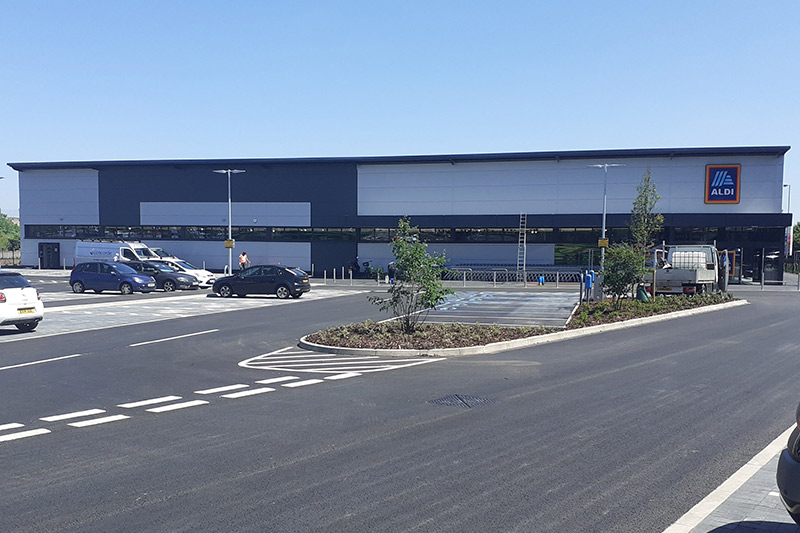 Aldi have recruited thirty new staff members for their 18,500 sq ft PE1 store. Be sure to pay them a visit tomorrow and give them a big Peterborough welcome!

It’s been a massive boost getting new retailers to the park during national lockdowns and the Aldi scheme even looks set to double the site’s footfall.