August is an excellent time to look for wild bees in the garden, including some more unusual species and recent arrivals to the UK. It’s also the opportunity to ‘bee creative’ in your garden and help save the nation’s bees. 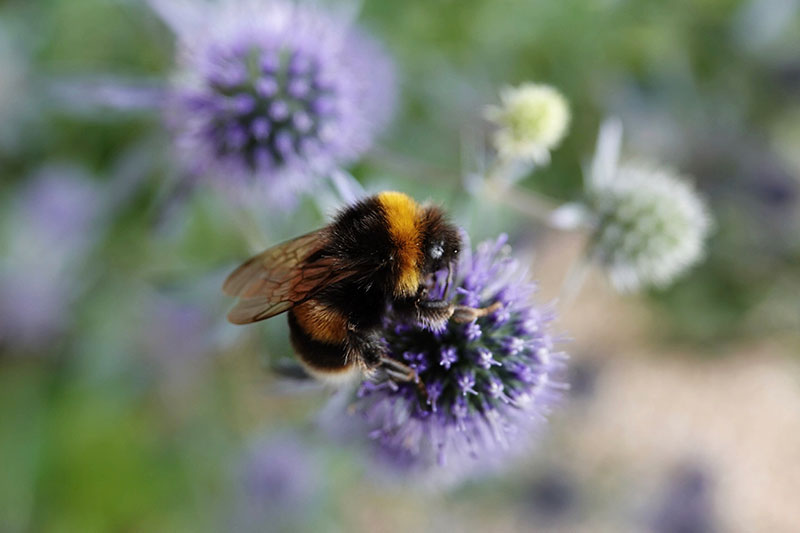 During late summer, there are various bees in the UK to look out for and encourage. These include:

All species of bumblebee are active at this time of year. Towards the end of the season (August to September) bumblebee nests start producing males and new queens. Queens are usually significantly larger than the worker females and may linger at the nest initially but will eventually mate and then forage to build up their body fat in preparation for hibernation over winter.

This is a striking looking solitary bee that uses heather as its principal pollen source.

This tiny black bee collects pollen from garden species of bellflower. You can also help them by leaving dead wood with holes in for nesting and by making a bee hotel from dried reed stems. 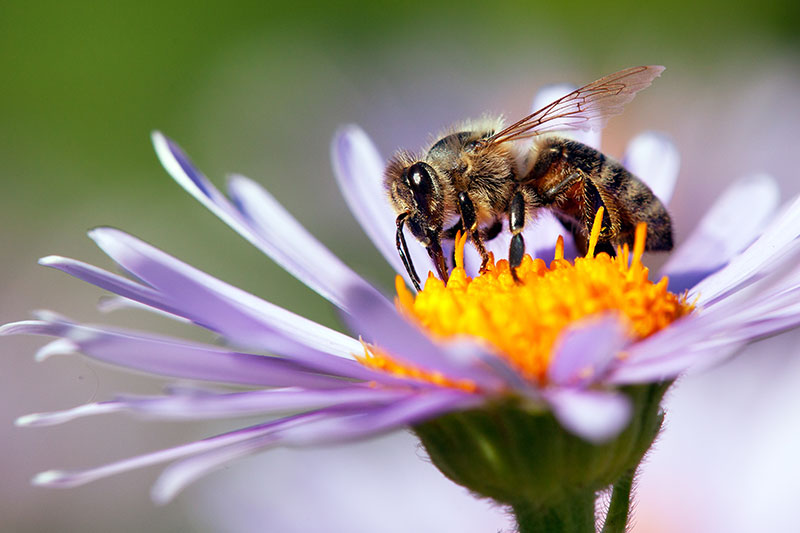 This bee is around for most of the year. In August, both males and females may be found on a wide variety of garden flowers.

Leafcutter Bees are active until the end of August and you can sometimes see distinctive circular and oval shapes that the female bee cuts out of leaves, particularly roses. She carries the leaf pieces back to the nest site, gluing them together with sticky saliva to create a cigar-shaped nest to lay eggs in. Nest sites can include cavities in brickwork and rotting wood in addition to pipes, pots and old bags of compost.

A relatively recent arrival to the UK is the Ivy Bee. Not everyone will have seen the species, but its range is increasing rapidly. This bee is active in the autumn months and gathers pollen almost entirely from ivy flowers, the latest flowering native plant. Bees nest by burrowing into the soil and small piles of the excavated soil can sometimes be seen in large numbers on lawns.

Make a Beeline for Wildlife

You can take action to save wild bees and other wildlife this summer. Buy or make a bee hotel – Van Hage in PE1 has some bee-utiful wildlife havens in their outdoor garden centre! You can also put out shallow dishes of water, filled with pebbles, to provide easy drinking places for thirsty bees, chiefly honeybees. 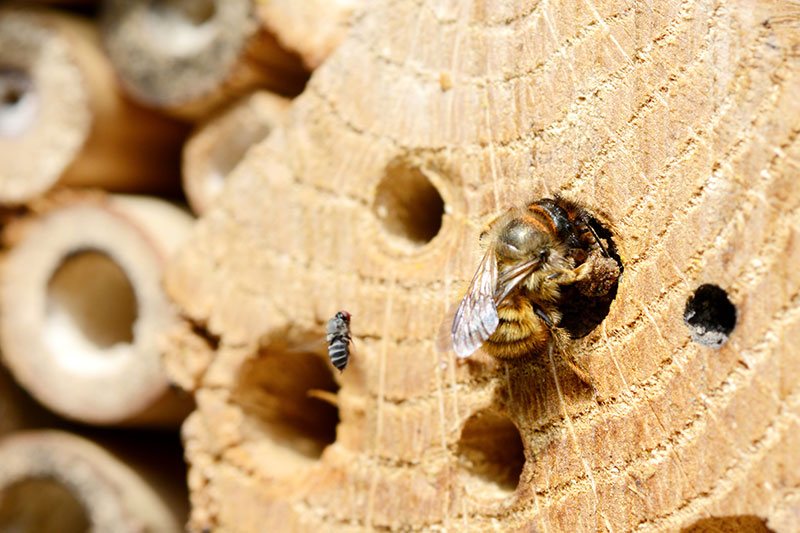 Monty Don, Gardeners’ World presenter, writer and speaker on horticulture, says:
“British gardeners can actively nurture and conserve the wild bee population. Gardens are always a rich source of food for wild bees and with a little care can be made even better for them without any trouble or loss of pleasure to the gardener. You do not need rare or tricky plants. In fact, the opposite is true. Bees need pollen and the smaller flowers of unhybridised species are likely to be a much richer source than huge show blooms on plants that are the result of elaborate breeding.”

Monty adds: “Any flower that is open and simple, such as members of the daisy family, or any that are set like a lollipop on a stick, such as scabious, and all members of the thistle family, are ideal for attracting honey bees, which have rather short tongues so need easy access. Bumblebees have longer tongues so are better adapted for plants that have more of a funnel shape, such as foxgloves.”

For further inspiration on summer flowering plants that attract bees, ask the experts at Van Hage in PE1.